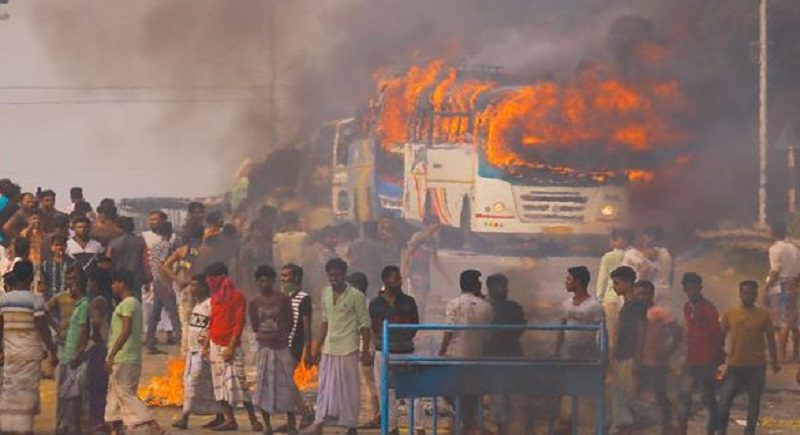 Minor incidents of violence were reported from Nadia, North 24 Parganas and Howrah districts of West Bengal, which is witnessing protests against the amended Citizenship Act, police said on Sunday.

The protesters blocked various important roads in Amdanga and Kalyani areas of North 24 Parganas and Nadia districts. Police said they blocked roads and railway tracks at various stations in the districts.

A large police contingent has been sent to the scene to control the situation. In the last two days, agitators set fire to railway stations and vandalized railway property. 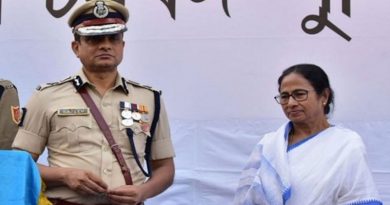 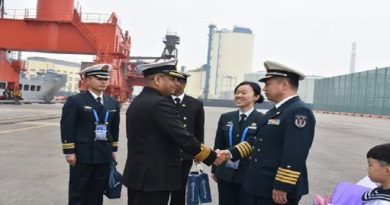 IN Ships Kolkata and Shakti are at Qingdao, China to participate in IFR to mark 70TH Anniversary of PLA(N) 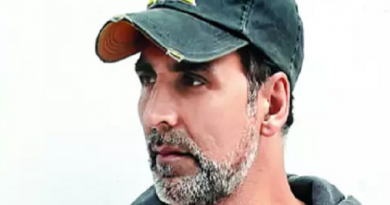