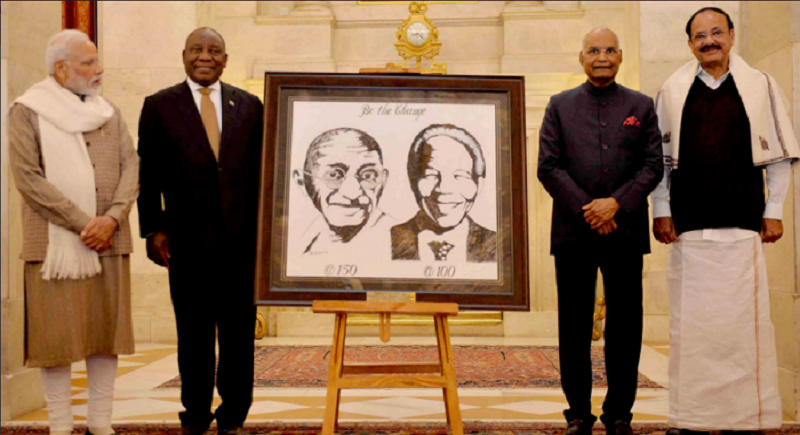 Honourable President of India, Ramnath Kovind, who has been hosting South African President Matamela Cyril Ramphosa, on the occasion of India’s 70th Republic Day, presented him with a unique gift, in hopes of strengthening the relationships between two nations.

As both the nations are celebrating 150th birth anniversary of Mahatma Gandhi and 100th anniversary of Nelson Mandela, considered as fathers of the respective nations, President Kovind presented President Ramphosa with a painting of Mahatma Gandhi and Nelson Mandela in a thoughtful gesture. “They both remain an inspiration for Africa, for India and for human dignity”, expressed President Kovind.

“It is an honour for me to welcome you Mr. President and Madam First Lady on your first State Visit to India.Your visit comes at a very special moment. We are celebrating the 150th birth anniversary of Mahatma Gandhi and the 100th birth anniversary of Nelson Mandela. For our two leaders, who walked parallel political pathways, this coincidence could not bring a sharper focus on the shared legacy they have left behind, for us and for the entire humanity”, said the President in his address.

Honourable President also quoted Mahatma Gandhi on the occasion, “This subcontinent has become to me a sacred and dear land, next only to my motherland. I leave the shores of South Africa with a heavy heart, and the distance that will now separate me from South Africa, will but, draw me closer to it, and its welfare will always be a matter of great concern”, adding, “These prophetic words, Mr. President, have continued to guide us, as we work to enhance and deepen our special friendship and our strategic partnership”.

“Mahatma Gandhi and Nelson Mandela belong not just to India and South Africa, but to the entire world. To commemorate the 150thbirth anniversary of Mahatma Gandhi, we have launched an artificial limb fitment programme – “India for Humanity”. In doing so, we are inspired by his universal message and as much by the South African spirit of “Ubuntu”, that is – the spirit humanity and compassion towards others”, he further added.

In conclusion, President Kovind raised a toast to the good health and wellbeing of President Ramaphosa and Dr. Motsepe, the continued progress and prosperity of the people of South Africa and “the everlasting friendship between India and South Africa”. 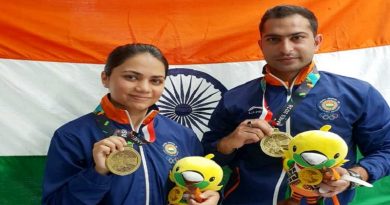 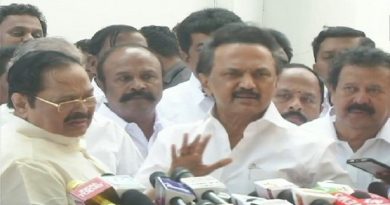 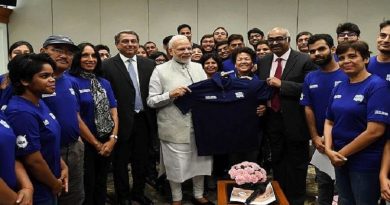