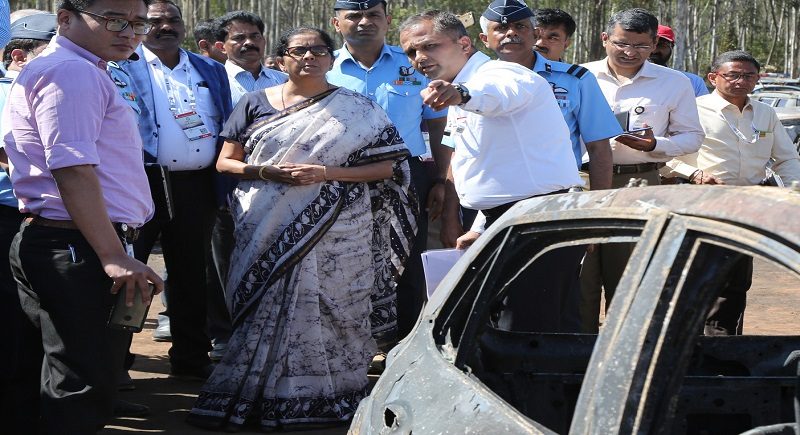 Raksha Mantri Nirmala Sitharaman today visited the site of fire incident of Aero India 2019, which is currently in progress at Yelahanka Air Force Base. Officials from Indian Air Force, State Fire Services and State police were present at the spot. She was briefed about the incident by the officials and was given account of first hand witnesses. RM enquired about the steps being taken to facilitate the insurance claims by the owners of the vehicles. RM directed officials to ensure that RTO helpdesk to have representatives from Insurance companies to facilitate the insurance claims by people. Later in the day Raksha Mantri is scheduled to have a meeting with the CM of Karnataka along with AOC in C, Commissioner of Police, DG Fire Services and other senior officials.

Raksha Mantri Sitharaman was briefed about the quick action taken by the Operational Control Centre (OCC) of Aero India at Air Force Station, Yelahanka in controlling the rapid spread of fire at P4 parking area. The rapid spread of fire was aided by strong winds reaching in excess of 30 Kmph and the fact many vehicles were parked in direction of wind. The OCC Commander along with State Fire Department put into action together more than thirteen fire tenders, seven water bowsers and 33 Agni Varuna vehicles to douse the fire. Additionally, six Crash Fire Tenders (CFT) of IAF, which is used in case of Aircraft Crash, was used to control the rapid spread of fire and the entire fire was doused within 45 Minutes and more than 3000 litres of foam was used. These timely actions ensured that the damage was limited to a small area and larger damage was avoided. IAF also launched one helicopter immediately for aerial assessment which aided in giving effective directions to fight the fire. At the time of the incident more than 3000 vehicles were parked in the parking area. Vehicles in the line of fire were removed from the area by breaking the glass windows and releasing the parking brakes as drivers were not present and these cars were pushed to safety. This action also created a gap between the parked vehicles and stopped further spread of the fire. In total 278 cars were fully damaged, 73 cars partially damaged (16 due to fire and 57 due to breaking of glass). The OCC effectively coordinated for Quick replenishment of the Fire Tenders by regulating traffic on NH7 with the help of Traffic police. This ensured unhindered access of these Fire Tenders to Static Water Tanks for replenishing of the tenders. Alternate parking area was identified immediately for the people who were visiting the Aero India. Due to the swift action and smooth coordination among various agencies involved, afternoon show was conducted as per schedule without any hindrance. The incident resulted in no loss of life or injuries to anyone.

On February 24, 2019, the Aero India 2019 is continuing on as per schedule and is witnessing large crowds to be part of last day of the show. 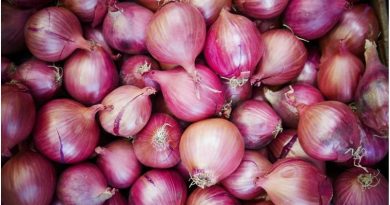 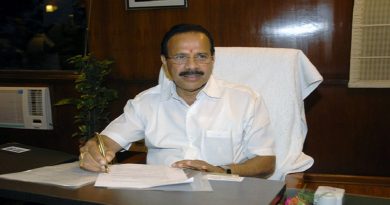 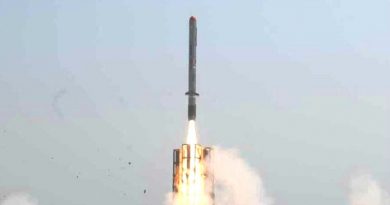