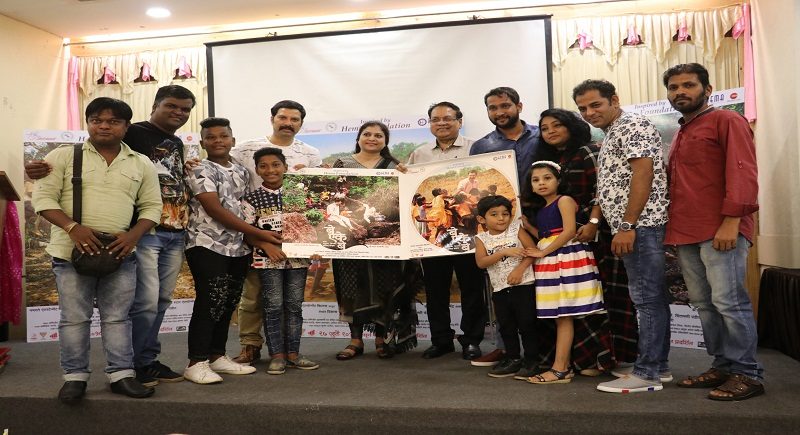 The story and the manner in which it is unfolded with meaningful music coupled with lyrics often constitutes the soul of a film.It is thanks to this that the lyrics and music have always played a very vital role as far a Marathi films are concerned. Keeping this in mind, music for the film ‘Be Eke Be’ has been composed. The music of the film was unveiled in Mumbai recently. Present on the occasion were the producers Vikas Bhageria, Poornima Vawhal-Yadav, Mahendra Kabra and Anita Maheshwari of Hema Foundation, co-producers Pravin Garje , Chintamani Pandit, Kedar Dighe, Mayur Naik, Aditya Nikam of Zee Music, Director Sanchit Yadav, Music director Vilas Gurav, Singers Hrishikesh Ranade, Sagar Sawarkar, Rahul Suhas. Jeetendra Singh, actors Sanjay Khapre, Santosh Ambre and several technicians from the Marathi film fraternity.
The film which talks about the state of education and the attitude of society today has been produced by Vikas Bhagweria and Poornima Vawhal-Yadav under the banner of Three Star Entertainment and Namaste Entertainment Films. Mahesh Khabra and Anita Maheshwari of Hema Foundation are the presenters of the film, co-produced by Pravin Garje and Chintamani Pandit. Sanchit Yadav has not only directed the film but also written the story as well as the screenplay too. There are five songs in the film. Out of these, the prayer song Yam Vaidika Mantra and the song Janseva Hi Ishwar Bhakti have been sung by Hrishikesh Ranade. Sagar Sawarkar has sung the song Kaav Kaav Chiv Chiv and Hututucha Khel about the sports of Hututu. All the three songs have been penned by Sanchit Yadav. The powada penned by Abhijeet Kulkarni has been sung by Rahul Suhas. Abhijeet Kulkarni has also penned the title track which has been crooned by Jitendra Singh. All the five songs have been composed by music director Vilas Gurav.
‘Be Eke Be’ has a strong story which can happen anywhere on earth and revolves around a teacher who imparts knowledge selflessly to his students. It talks about the travails of a teacher who chooses to spread his knowledge honestly. Director Sanchit Yadav says that the story of the film is very realistic and he has tried to infuse color into it with lyrics and music. Music Director Vilas Gurav says that all the songs in the film blend effortlessly with the proceedings on in the film and are situational.
Sanjay Khapre, Jaywant Wadjkar, Sanchit Yadav, Poornima Wavhal Yadav, Santrosh Ambre, Atul Merchande, Arun Nalawade play the key roles in the film along with the child artistes like Saahil Sitare, Pratham Sitare, Vaidehi Ovhal, Snehal Bhatade, Sagar Gurav, Sanchit Nirmale, Parth Deshpande, Arthav Kharvarkar, Sairaj Kametkar, Swapna Jadhav, Samisha Slape, Prachi Mestry, Pooja Photfade, Neha Pawaskar, Avishkar Shetye etc. Abhijeet Kulkarni has written the dialogues. Devendra Tawde is the art director, Santosh Ambre is the choreographer and Atul Jhagdale is the cameraman while Kamal Saigal and Vinod Chaurasia have edited the film. VFX effects are by Shekhar Maghdae while Atul Marchande is the Executive Producer of the film ‘Be Eke Be’. 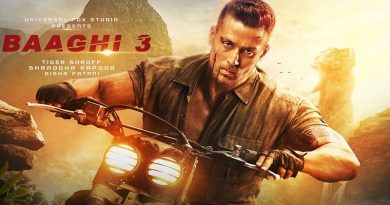 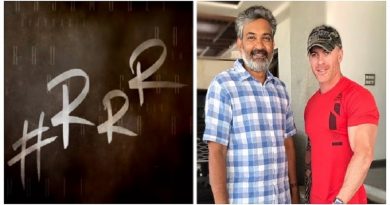 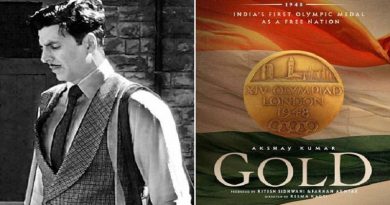