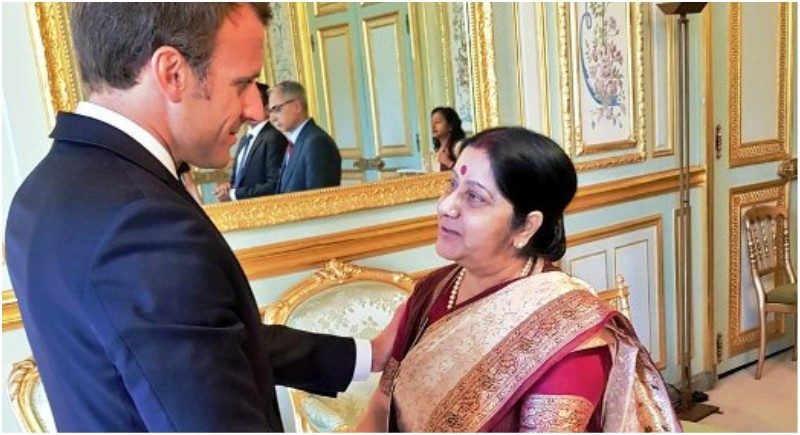 MEA Sushma Swaraj is in France in her seven days visit to Europe where she called upon the French President Emmanuel Macron on Monday and discussed issues of mutual interest from a strategic perspective. They also discussed follow up to the understandings reached during French President’s successful visit to India in March which infused new momentum in the bilateral ties of both countries.
She also met her French counterpart Jean-Yves Le Drian and the two leaders held in-depth and constructive discussions on a full range of bilateral relationship, External Affairs Ministry spokesperson Raveesh Kumar tweeted.
During a press statement, Swaraj said that the visits of Prime Minister Modi to France in April 2015 & June 2017, & of Emmanuel Macron to India have infused new momentum and dynamism to our strategic partnership, brought about increased political convergence & built deep mutual trust.
India and France are celebrating 20 years of strategic partnership.

Minister Swaraj had also visited Rome on Saturday and Sunday. The visit was the first major political exchange between India and Italy following the swearing in of Giuseppe Conte as Italy’s new Prime Minister on 1st June 2018. 2018 also marks the 70th year of establishment of Diplomatic Relations between the two countries. 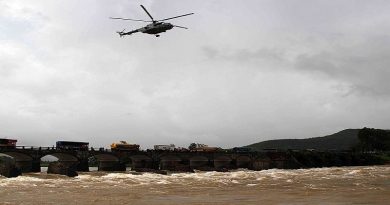 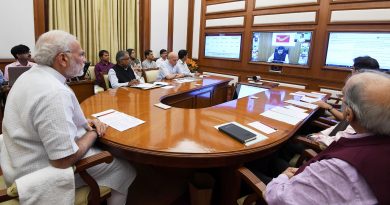 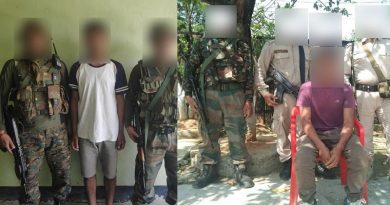