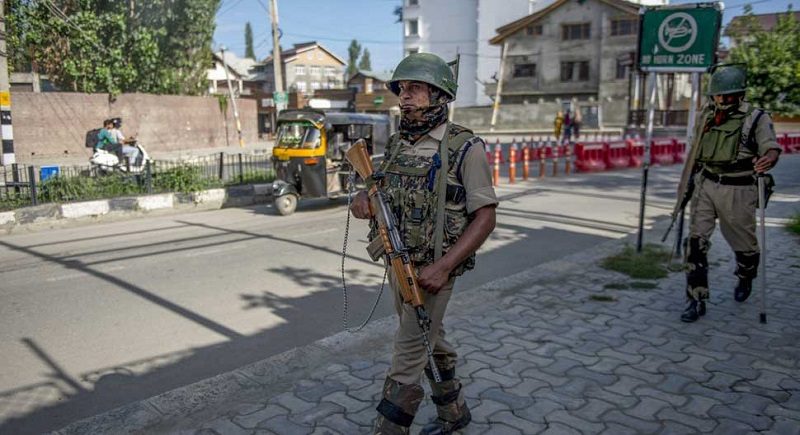 NEW DELHI: Back-to-back operations by security forces in the Kashmir valley has reduced the “shelf life” of terrorists and over 360 were killed in less than two years, CRPF Director General (DG) Rajiv Rai Bhatnagar has said. Bhatnagar said keeping in mind the security challenges, the CRPF has “increased the protection level” of its troops operating in Jammu and Kashmir by inducting full-body protectors, bulletproof vehicles and special armoured ‘interception vehicles’ to enable personnel to operate in life-threatening situations.

“The terrorists in Jammu and Kashmir… Some of them are from outside and there are also the misguided youth (locals) who join terror groups. It is quite a mix. The numbers go up and down but if you were to look at the length, the time for which terrorists survive in J-K, then the signal is very clear that it (terrorist recruitment) is having no impact.

“The shelf life of terrorists, the time frame to survive, is very short. So, even if the numbers (of joining terror ranks) may be large, they may be more, but the consequence is limited,” he said when asked if recruitment of local Kashmiri youths by terror groups is rising and a cause of concern. The chief of the country’s largest paramilitary force said the youth was being drawn into it (terror ranks) as “there was a little bit of glamourisation”, but they have to understand that it will not get them any result.”

“It is only a matter of time. We have made a lot of efforts (to wean them away) and have also asked them to surrender, and a lot of them have come back. They have to understand that taking up the gun serves no purpose,” he said.” The CRPF chief, on youths taking up arms, also said, “Obviously this is something that we have to prevent and take appropriate steps so that the youth does not take to militancy and those who have done so, come back.”

“The official numbers show an increase in recruitment. However, with the increase in the number of neutralisations the overall picture is better,” he said. Bhatnagar acknowledged that the forces were taking it as a challenge to ensure that a lot of effort is taken to see that recruitment of youths for terror acts goes down. Good governance, transparency in official dealings and an all-round exercise is on to gain the confidence of the public and the youth in Jammu and Kashmir and the valley, he said.

The chief of the Central Reserve Police Force (CRPF), which has over 60 battalions deployed in the Kashmir valley (over 60,000 personnel), said his force, the state police and the Army are operating in “very good synergy”. The forces now have an edge or to say the upper hand in the terrorism scenario in the valley, Bhatnagar said.

“We have worked as one unit. That has given us a lot of success. This year 142 terrorists have been neutralised. If you look at last year’s figures, it was more than 220 terrorists who were killed. There is excellent coordination between security forces and they have the upper hand.”

“Their (terrorists’) notable commanders have been neutralised. Fidayeen attacks on camps have been effectively rebuffed. We have denied them any success in terms of camp attacks also,” the DG said. He said the law and order situation in the valley is not like any other theatre in the country as there is a “guerrilla hit-and-run like tactic” used here.

“We are, hence, working very closely with the Jammu and Kashmir Police,” Bhatnagar said.”Our drills, our equipment as well as our schemes are working well and we are able to counter efforts to disrupt the operations through stone pelting.

“It is in only on very rare occasions that the stone pelters have managed to disrupt the operations that is too when it has been sudden exchange and the preparation has not been there. That has been the only time that the terrorists have managed to get away,” the DG said. He also spoke about better equipping his personnel to combat the security challenge in the state, specifically in the valley.

“We have gone in for better protection, full body protectors for our people, use of less lethal weaponry so that there is less collateral damage and the number of casualties and serious injuries on our side and the public is less.

“The collateral damage has been fairly minimised,” the DG underlined. When asked about the use of much-debated pellet guns and the damage rendered by them on locals, Bhatnagar said while these ammunitions are not being discarded, its use is part of a well laid out standard operating procedure.

“The sequence in which we use force is well laid out. We fire and disperse them (protestors) by using tear smoke and other allied irritant kind of non-lethal gases…

“So our first effort is to disperse them by making a proper bandobast. Also, we have a large number of plastic bullets that are used,” he said. Pellet guns, the CRPF chief said, is used where we find that it is required to disperse the mob.”

“We are taking precautions by using deflectors (on pellet guns) so that injuries are on lower part of the body. There is a graded use of force. Even when crowd tries to come very close, our boys have shown restraint. We have done our best to meet the objectives for which we have been deployed in J-K,” he said.” The pure intent is always to have less and less collateral damage, he said. 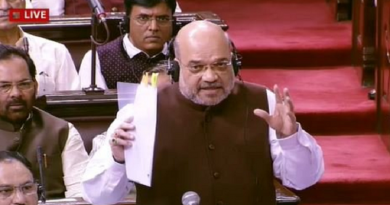 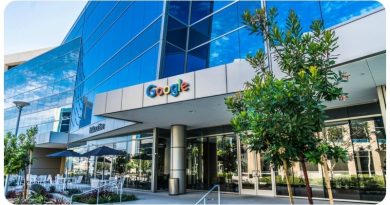