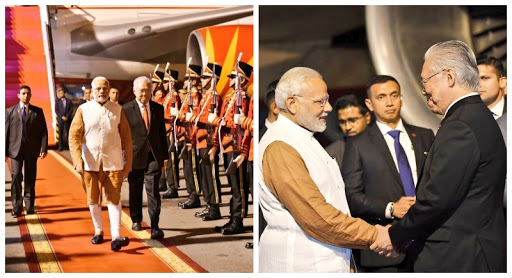 FEATURED Latest
May 30, 2018May 30, 2018 Mumbai AasPaas 0 Comments
Prime Minister Narendra Modi has touched the Indonesian land to hold talks with Indonesian President Joko Widodo in Jakarta today. The two leaders are likely to explore ways to enhance bilateral cooperation in the areas of maritime security, trade and commerce, regional connectivity and anti-terrorism measures.

Modi’s began his official engagement with a visit to the Kalibata Heroes Cemetry in South Jakarta, where he paid homage to the Indonesian national heroes who died fighting in Indonesia’s war of Independence. Modi and Indonesian President will jointly inaugurate a Kite Festival and witness a Kite Exhibition that will showcase the strong civilizational linkages between the two countries. Prime Minister will also be visiting Monas – the main landmark of Jakarta, next to the Presidential Palace.

Modi arrived in Jakarta on Tuesday evening on the first leg of his 3-nation visit to Indonesia, Malaysia and Singapore. After his Indonesia visit, Modi will make a brief halt in Malaysia tomorrow to congratulate the country’s newly elected Prime Minister Dr. Mahathir Mohamad.

On Friday, the Prime Minister will be in Singapore. He will hold delegation level talks with his Singaporean counterpart Lee Hsien Loong, and deliver the keynote address at the 17th Shangri La Dialogue, Asia’s security summit.

The focus of his Singapore visit will be on enhancing the India-Singapore partnership in areas of Financial Technology, Skill Development, Urban Planning and Artificial Intelligence. 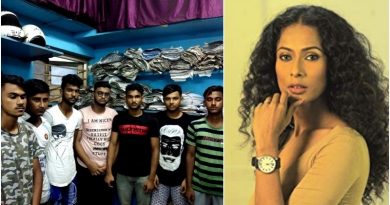 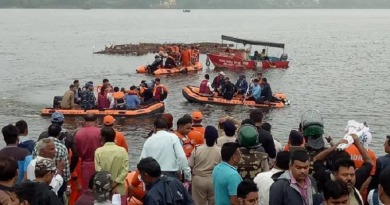