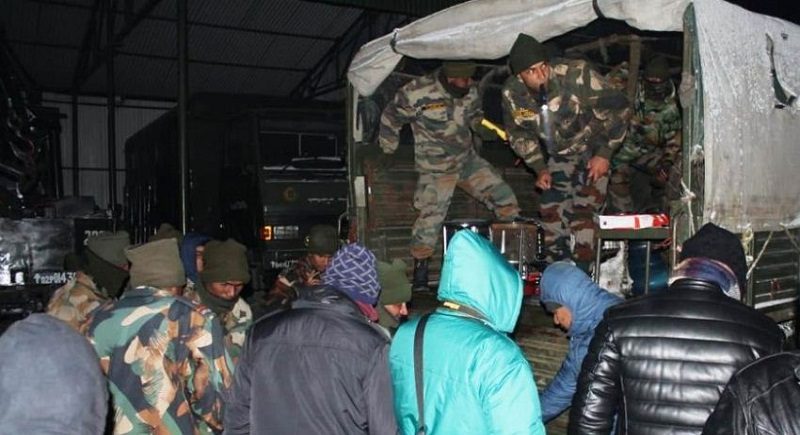 Cheers to Indian Army for their warmth amidst the snowfall, Indian Army rescued more than 2500 civilians stuck in hundreds of vehicles around Nathula near Gangtok in Sikkim due to heavy snowfall, last night. The civilians were carefully provided with food, shelter and medical facilities by the army on Friday night.

The area between 17 Mile and Natu La along the Jawahar Lal Nehru Marg received heavy snow fall on December 28 which led to 300-400 civil vehicles getting stranded near 17 Mile carrying over 2500 tourists who were returning after visit to Natu La Pass along the Indo-China border.

The Indian Army instantly swung into action to provide rescue and relief to the stranded tourists, providing them with food, shelter, warm clothing and medicines. The rescuees included women, children as well as elderly persons.

1500 tourist have been accommodated at 17 Mile, while the balance tourists are at 13 Mile. Indian Army has also provided two sets of JCBs and Dozers of BRO for snow clearance and restoration of road connectivity.

Ironically, Sikkim had received its first snowfall of the season on Friday giving the tourists to the Himalayan state reason to cheer. Tourists were seen coming out on the roads from their hotels and vehicles to enjoy the snowfall. But in the afternoon, the weather changed with lighting, rain and hailstrom in various parts of the state.

The evacuation operation at Nathula will continue till all of the stranded tourists are safely moved out towards Gangtok, according to the Indian Army. 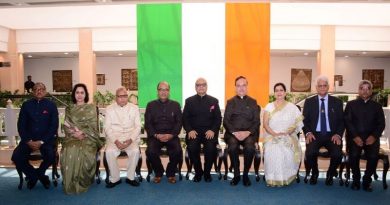 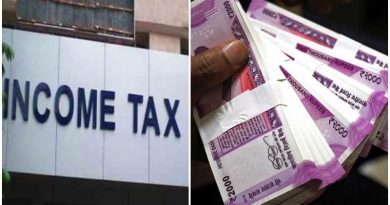 Shoving off the curse of terror funding, IT Dept raids places in J&K seizes property worth Rs 41 crore 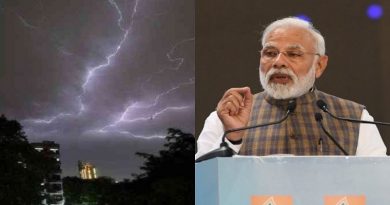