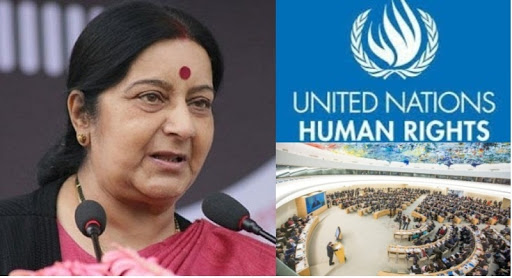 National
June 15, 2018 Mumbai AasPaas 0 Comments india, Jammu and Kashmir, Naredra modi, sushma swaraj
Indian on Thursday slammed United Nations for a report in which it has called for a probe into alleged human rights violations in Kashmir by both India and Pakistan and questioned the intentions of the organization.
Notably, the Office of the United Nations High Commissioner for Human Rights (OHCHR) called for a probe into alleged human rights violations in Kashmir by both India and Pakistan and further added that it was not given full access to the area for a detailed investigation. Responding to this, New Delhi slammed UN and said that the report violates its sovereignty and creates a false narrative.
The External Affairs Ministry in a statement said, “India rejects the report. It is fallacious, tendentious and motivated. We question the intent in bringing out such a report.” “It is a selective compilation of largely unverified information. It is overtly prejudiced and seeks to build a false narrative,” the statement said.
MEA further said, “The report violates India’s sovereignty and territorial integrity. The entire state of Jammu and Kashmir is an integral part of India. Pakistan is in illegal and forcible occupation of a part of the Indian state through aggression. We have repeatedly called upon Pakistan to vacate the occupied territories. The incorrect description of Indian territory in the report is mischievous, misleading and unacceptable. There are no entities such as “Azad Jammu and Kashmir” and “Gilgit-Baltistan,”
“Terrorism is the most egregious violation of human rights. Yet the authors have conveniently ignored the pattern of cross-border terrorism emanating from Pakistan and territories under its illegal control. Cross-border terror and incitement is aimed at suppressing the will of the people of Jammu and Kashmir, disrupting its political and social fabric and undermining India’s integrity,” MEA noted.
The Ministry also said, “It is disturbing that those behind this report have chosen to describe internationally designated and UN-proscribed terrorist entities as “armed groups” and terrorists as “leaders”. This undermines the UN led consensus on zero tolerance to terrorism.”

The UN Report
There is an urgent need to address past and ongoing human rights violations and abuses and deliver justice for all people in Kashmir, who for seven decades have suffered a conflict that has claimed or ruined numerous lives, a report by the UN Human Rights Office published on Thursday says.
The 49-page report – the first ever issued by the UN on the human rights situation in Indian-Administered and Pakistan-Administered Kashmir – details human rights violations and abuses on both sides of the Line of Control, and highlights a situation of chronic impunity for violations committed by security forces.
“The political dimensions of the dispute between India and Pakistan have long been centre-stage, but this is not a conflict frozen in time. It is a conflict that has robbed millions of their basic human rights, and continues to this day to inflict untold suffering,” said UN High Commissioner for Human Rights Zeid Ra’ad Al Hussein.
“This is why any resolution of the political situation in Kashmir must entail a commitment to end the cycles of violence and ensure accountability for past and current violations and abuses by all parties, and provide redress for victims,” he said.
“It is also why I will be urging the UN Human Rights Council to consider establishing a commission of inquiry to conduct a comprehensive independent international investigation into allegations of human rights violations in Kashmir,” said Zeid.
Noting the continuing serious tensions in recent weeks, including those stemming from a series of incidents in Srinagar, he called on Indian security forces to exercise maximum restraint, and strictly abide by international standards governing the use of force when dealing with future protests, including ones that could well occur this coming weekend.
“It is essential the Indian authorities take immediate and effective steps to avoid a repetition of the numerous examples of excessive use of force by security forces in Kashmir,” Zeid said. 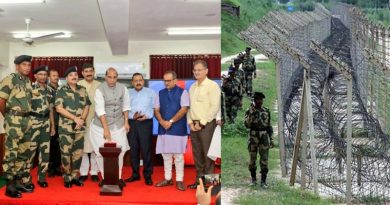 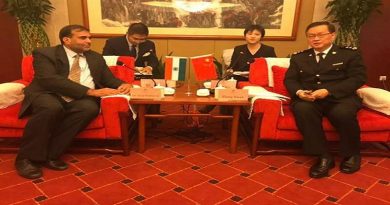 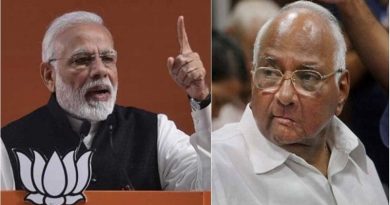