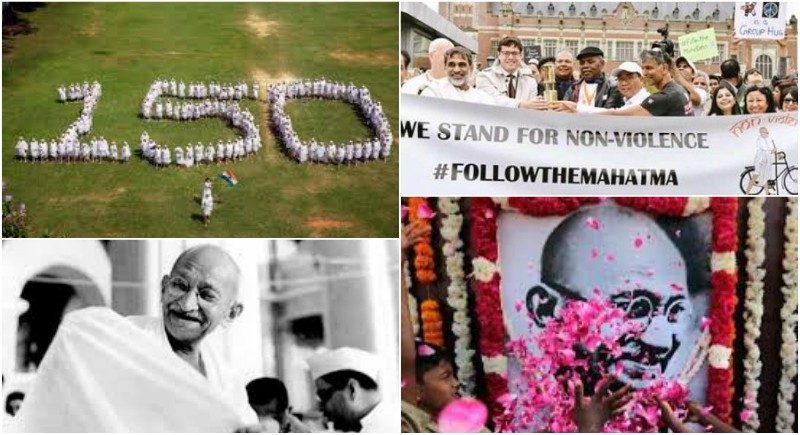 New Delhi: He saw a dream, a dream of clean India! Swadesh India! Happy India! Fighting against the British rule, this man made every dream come true of independent India from the soar clutches of Britishers. Today as we look at this radiant India growing in every spectrum, we gift our ‘Bapu’ a clean and swachh India. A country of his dreams and aspirations.

Celebrating Mahatma Gandhi’s 150 birth anniversary, the country has transformed like never before. Creating a space for path breaking initiative being successful, the country has blossomed like a lotus in the lake. Lighting the path of human dignity and grandeur, India bows to the father of the nation owing respect for leading a country to dream of a successful nation.

As an ode to the great teachings of Bapu, India, for two years from now on, is going to organise various programmes throughout the world on the 150th birth anniversary of Mahatma Gandhi. Mahatma Gandhi’s philosophy has inspired the whole world. India’s biggest success stories hails a front page coverage of the Swachh Bharat Mission becoming a major success. It not only enlightened the young generation, but the entire country came forward to make this great initiative a success.

Today, after 72 years of Independence, we gift Bapu a country that he envisioned for. A ‘Swachh Bharat, Swastha Bharat’! Around 1,000 people including over 20 Ambassadors from different countries participated in a “Gandhi March” in the Hague, the seat of the Dutch government, to mark the International Day of Non-Violence.

The event held on Sunday was also a precursor to the commencement of celebrations of Mahatma Gandhi’s 150th birth anniversary set to be launched by the Indian government on October 2 in India and abroad.

Shaping the country by unfolding the knuckles of exploitation, Mahatma Gandhi transformed the entire concept by igniting the lamp of free India, Independent India. Standing ahead leading the path Mahatma Gandhi mobilized the peasants and urban laborers in a campaign of protest which was his first act of social reform in India. In the next few years and decades, Mahatma Gandhi would discover unique ways and means to challenge British authority, and to bring about revolution in the existing economic, religious and caste order.

Reverting against the unjust rule, Bapu paved path of enlightenment by fighting against discrimination, unfair behavior of the Angrez. Nothing could have been better than the actions taken by our freedom fighters to break down the unruly behavior. Leading Civil Disobedience Movement, Non Cooperation Movement, embracing swadeshi goods, dream of clean swacchh India all came true as India still remembers Bapu’s teaching.

Everyone including great personalities like Dr. Martin Luther King and Nelson Mandela derived strength from Gandhiji’s ideology to be able to fight a long battle to ensure right of equality and dignity for the people.

Getting connected with people or connecting people with him was Bapu’s special quality, this was in his nature. Everyone has experienced this as a most unique part of his personality. He made everyone feel that he or she was very important and absolutely necessary for the country. His biggest contribution in the Freedom struggle was that he made it an expansive “Jan-Aandolan”

When Gandhiji said that by maintaining cleanliness, freedom will be won then he probably was not aware how this would happen. But this did happen and India got freedom. In the same way today we may feel that even by making a tiny contribution I may be contributing in a big way to help in the economic upliftment and economic empowerment of my country and help fight a battle against poverty by lending strength to the poor. 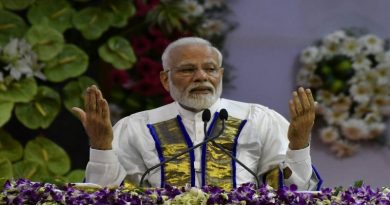 Is Pakistan deploying 600 tanks along the border with India? 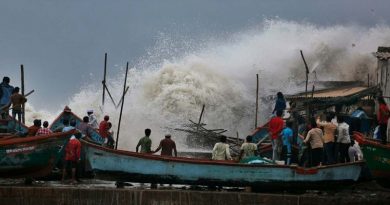