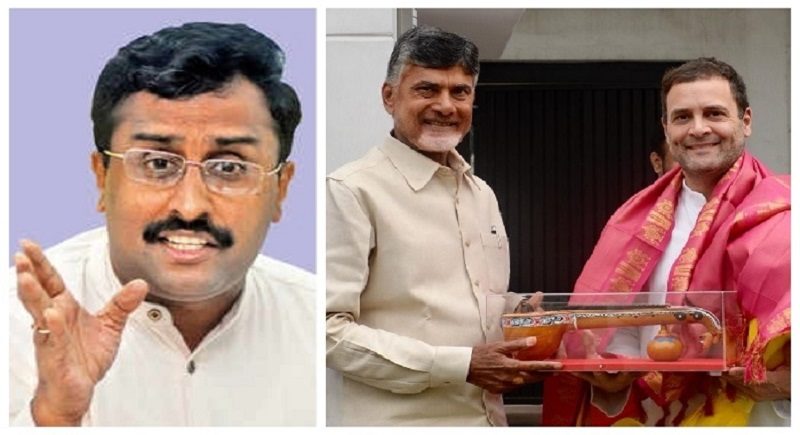 Reacting to the Naidu-Rahul high-voltage meeting held in the national capital, Madhav claimed that after betraying his own father-in-law N. T. Rama Rao, the TDP Chief has once again proved his expertise in back-stabbing.

“Chandrababu first hijacked TDP and now by joining hands with Congress he has stabbed his own party cadres”, said the BJP leader.

Madhav added that N. T. Rama Rao, the legendary actor and former Chief Minister of undivided Andhra Pradesh whose entire political journey was against Congress, but Naidu has forgotten the principles of the yellow army.

Speaking to the media, both the leaders declared the much anticipated political pact for the 2019 general election. Earlier, the Chief Minister met NCP Chief Sharad Pawar and Farooq Abdullah of National Conference and discussed the proposed Non-BJP front ahead of the prestigious 2019 general polls. Later Naidu called on senior Congress leader and Rajya Sabha Leader of Opposition Gulam Naabi Aazad. 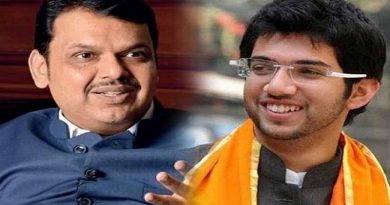 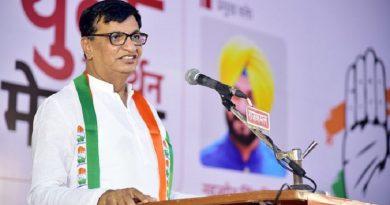 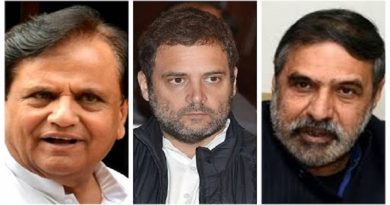